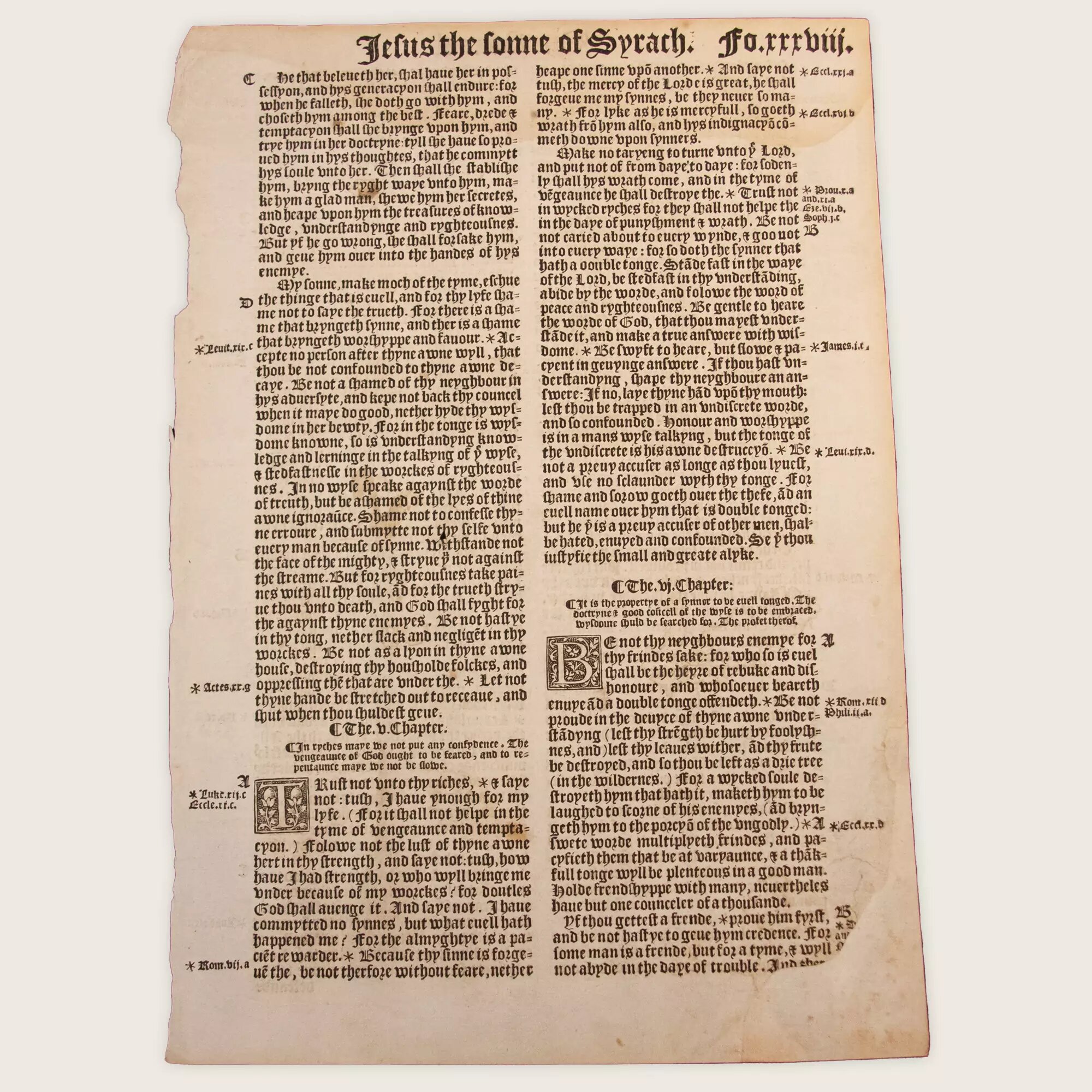 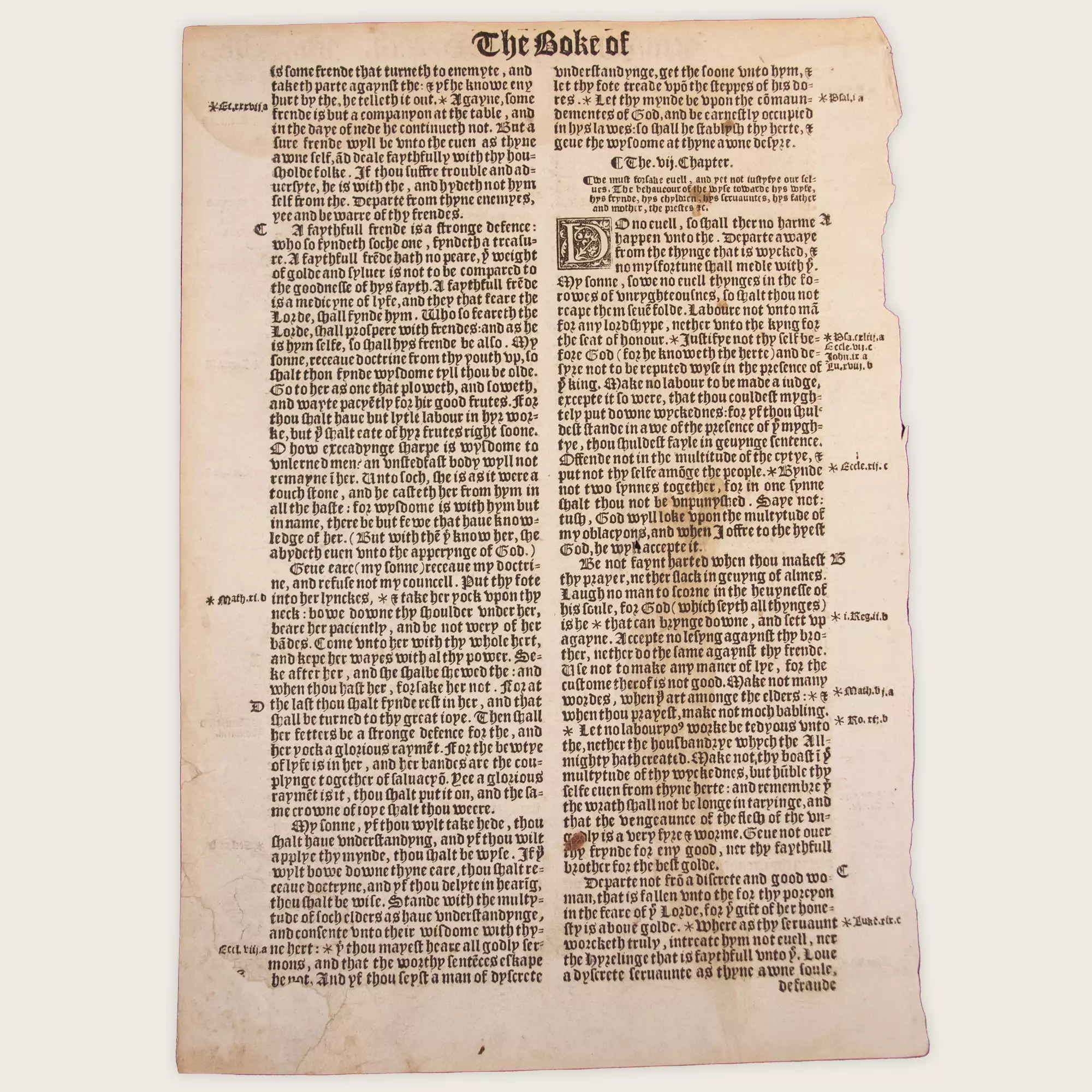 A leaf from the first English language Bible fully authorized (not illegal) by the King. These leaves are over 470 years old. Not to be confused with the “Authorized Version”, as it is frequently called, of 1611 by King James… these leaves are instead the much earlier version that was authorized by King Henry the Eighth, founder of the Church of England (“Anglican Church”). Called the “Great Bible” due to its great size, this is England’s first “official” printing of the Bible. It is sometimes also referred to as “Cranmer’s Bible”, because the Archbishop of Canterbury, Thomas Cranmer, wrote the Preface to the Great Bibles starting in 1540.

The major goal of the Protestant Reformation was not to fracture the church into hundreds of Protestant denominations. The Reformer’s main goal was simply to make the Word of God legal and available in the common languages of the people, so that it could be read by everyone. Both the Roman Catholic Church and the Church of England persecuted and killed anyone who dared to print the Bible in any language other than Latin… especially English. The 1539 Great Bible put an end to that, and unchained the scriptures for the first time in over 1,000 years. Just three years earlier, on October 6, 1536, William Tyndale was executed for printing the scriptures in English. His last words were, “Lord, open the King of England’s eyes!” Three years later, his dying prayer was answered. King Henry the Eighth funded the printing of the Bible in the English language, the Great Bible, the first Bible ever authorized for public use.

Of course, King Henry the Eighth did not do this because he had a change of heart, or because he was such a devoted Christian. He did it mostly out of personal pride, and to spite the Roman Catholic Church. King Henry wanted to divorce his wife and marry his lover, and the Pope refused to allow even the King of England to do this. So, King Henry just married his lover anyway, (later killing two of his many wives), and renounced the Roman Catholic Church, and proclaimed himself the head of both the State AND the Church (both King and “Pope” so to speak), and founded the Church of England, a.k.a. the Anglican Church. As further show of defiance, he funded the printing of the Bible in the English language, which was the biggest fear of the Roman Catholic Church for ages. This is an excellent example of God using the evil motives of a wicked man, to bring about His good purpose and His glory.

These leaves were printed on 100% rag cotton linen sheet, not wood-pulp paper like books today, so they remain in excellent condition… even after nearly 500 years. Each leaf is a unique piece of ancient artwork, measuring approximately 15 inches tall by 10 inches wide, and carefully produced one-at-a-time by the King’s printers, and later bound into complete Bibles and chained to the church pulpits. Each leaf comes with a Certificate of Authenticity. Imagine… having a leaf from one of the earliest press-runs of the Bible that broke the chains that kept the Word of God imprisoned publicly in Latin for over 1,000 years: The Great Bible.